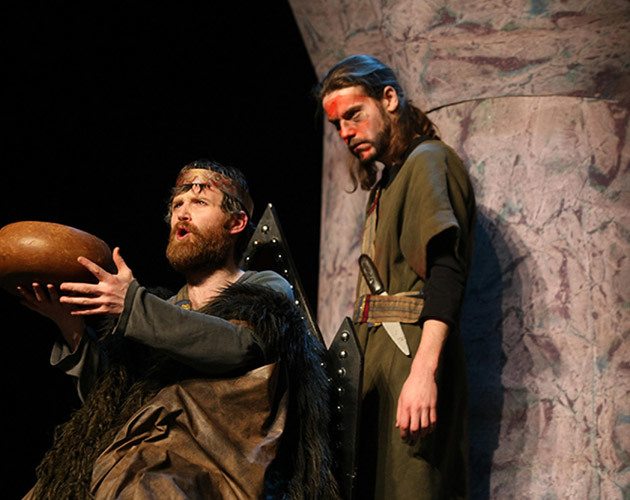 If MACBETH is not the finest play ever written, it is certainly the most performed. The play explores the corruption of power and its terrifying results, both politically and personally. But while the themes are profound and complex, the form is hugely entertaining: this is a thriller, a war story, a romance, a  nightmare, a horror story and a most powerful presentation of the supernatural.

TNT’s production, directed by Paul Stebbings, was the company’s first Shakespeare production. The production has been so successful that it has been constantly revived and toured worldwide since 2001 to over forty countries on four continents. Audiences have thrilled to this production from London to Atlanta, from Beijing to Berlin, from El Salvador to Thailand and from Australia to Norway.

Note! This play is performed in English.
The doors to Pikisali will be opened 45 minutes before the show.